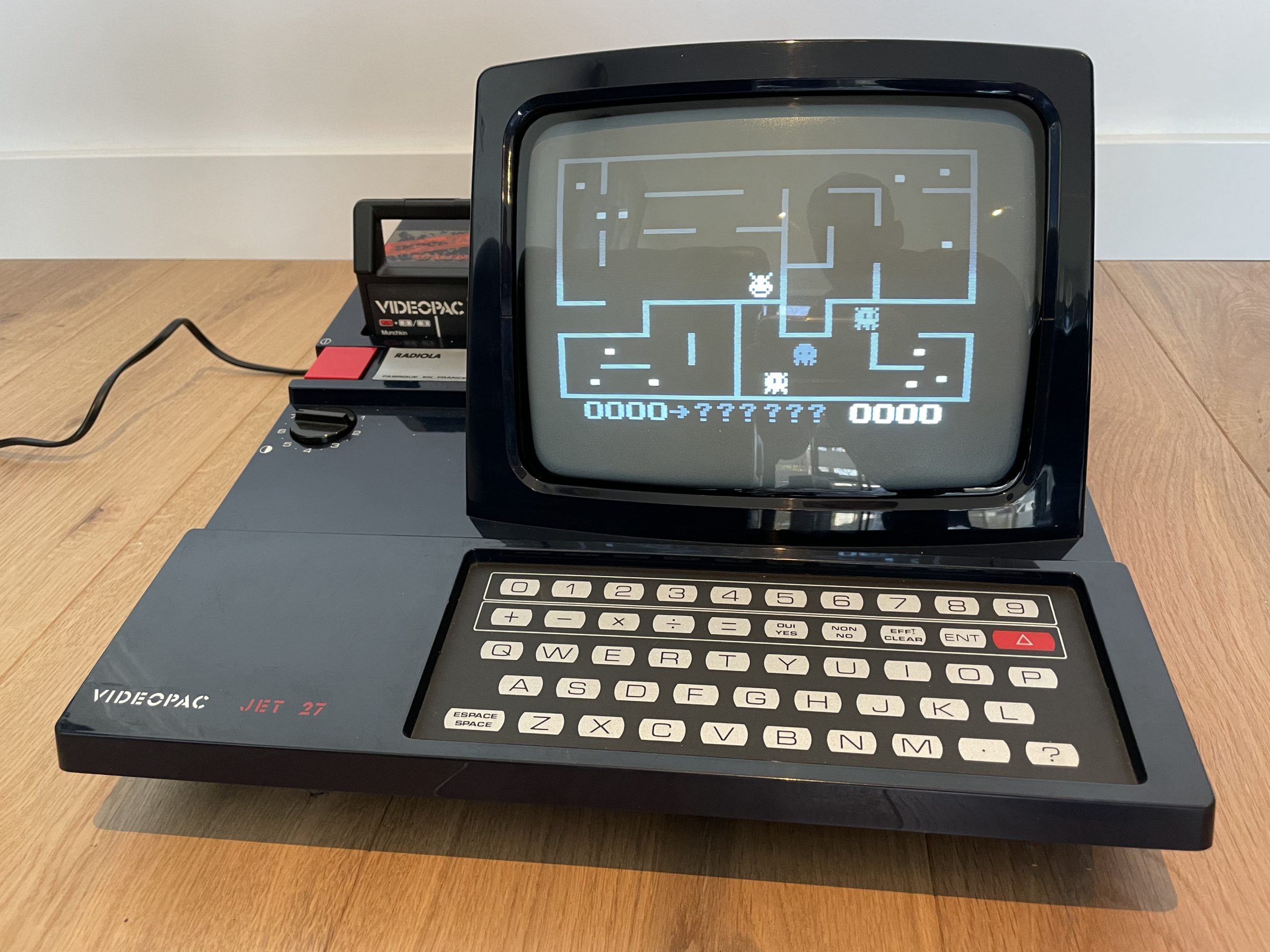 Radiola is trademark of the French electronics company Radiotechnique. Half of the company was bought by Philips before the war in 1931 and the other half after the war in 1947. Radiotechnique and therefore also Radiola would become subsidiaries of Philips.

Radiotechnique was a major manufacturer of electronics equipment, radio receivers and television sets under the ‘Radiola’ and ‘Philips’ brands. The first where mainly sold in French, the later in the Netherlands. Although they had largely the same technical specifications, they used the brand awareness and national sentiment of the two brands in their respective home countries. The Radiola sub-brand of the Philips group would finally disappear in 2002.

In 1983 Radiola/Radiotechnique received the rights to manufacture and sell the Philips Videopac G7200 for the French market. The Radiola Jet 27 was born. It wasn’t the first gaming console from Radiola. Prior to the introduction of the Jet 27, Radiola had already launched their French equivalent of the popular G7000 under the name Jet 25.

Internally the three consoles are all based on the standard Videopac C52/G7000 but have a 9 inch black and white screen. The characteristics are therefore the same. The keyboard is still useless and impractical and just like the G7200 the controllers are very inconvenient located on the bottom-front of the console. However with some creative thought the console remains one of the first ‘hand held’ gaming machines and it therefore deserves its place in gaming history.

The Radiola Jet 27 is the rarest of the three (G7200, N60, Jet 27) and was quite expensive in its time (because of its screen). It was manufactured by Philips daughter company Radiola in a more limited quantity in comparison with the G7200. These factors make this machine difficult to find.